Straw Hat Pizza has created a frozen yogurt concept, called Tower 27, designed to be co-branded with the company's pizza restaurants.

The first co-branded store is scheduled to open next week in Walnut Creek, Calif. The Tower 27 addition will include six frozen yogurt flavors and 27 toppings. Guests will serve themselves yogurt and toppings and pay by weight.

Jonathan Fornaci, president and chief executive of San Ramon, Calif.-based Straw Hat Restaurants Inc., said the addition of fro-yo co-brand is a low-cost way to boosts sales and stretch traffic across dayparts for the fast-casual pizza chain, which has re-ignited its growth over the past year.

Since Fornaci joined the company in early 2008, the all-franchised Straw Hat Pizza chain has grown from 38 to 77 units, and Fornaci predicts the chain will reach 100 before the end of the year.

“The option of the frozen yogurt co-brand is designed to make the concept that much more attractive as a franchise investment, Fornaci said.

The Tower 27 brand is estimated to take only about 500 square feet of space within what are typically 3,000- to 5,500-square-foot units. However, in the chain’s test store, the addition of yogurt added about $20,000 in sales per month, and brought in new traffic between lunch and dinner, and in the later evenings, Fornaci said.

Without the yogurt component, 4,000-square-foot locations typically average about $800,000 in annual sales, he added. 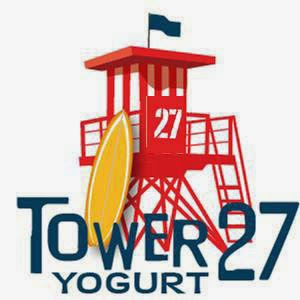 Straw Hat was founded 51 years ago as a family-friendly pizza chain with mostly dine-in business and an arcade area with redemption games for kids. Known for its affordable pizza buffet at lunch, the concept is designed to be attractive as a gathering place for sports teams or community groups. About 60 percent to 65 percent of sales comes from dine-in customers, with 35 percent to 40 percent of sales from delivery and takeout business.

In the mid-1980s, Straw Hat had about 450 locations and was owned by Marriott Corp. However, Marriott sold most of the chain to Pizza Hut, which converted the units — a move that allowed that brand to enter the West Coast.

At the time, Fornaci said, about 60 to 70 franchise operators in California did not want to convert to Pizza Hut, pulling out and suing both Marriott and Pizza Hut to retain the rights to Straw Hat.

The Straw Hat chain was reformed as a much smaller cooperative, with franchisees running their units individually but buying collectively. In 2008, the group hired Fornaci to create a new franchise development system and rework the brand for growth.

Though 56 of the chain’s 77 units are in California, where the company is still expanding, Fornaci is using the area developer system to grow outside the West Coast. Straw Hat brand territories have been sold in Nevada, Oregon, Montana, New Jersey, New York, Florida, Arkansas and Texas.

Outside California, units tend to be larger — ranging from 5,000- to 10,000-square-feet — and offering a full bar, rather than just beer and wine. Those larger locations also offer a broader menu that includes grill items, such as burgers, steaks and fish, Fornaci said.

Fornaci said Straw Hat has been appealing as a franchise brand in this tough economy in part because of reduced cost of entry. The company estimates that franchisees can open a 5,000-square-foot unit for about $150,000.

With so many restaurant spaces becoming available, Fornaci said the company sends a real estate team in to negotiate leases for franchisees, asking landlords for significant tenant improvements, for example. The use of refurbished or used equipment also helps bring down costs.

“We don’t want new franchise owners to start out by getting in over their heads,” he said.

The addition of yogurt, however, is designed to help boost sales for units in states like California, where rents remain high, Fornaci said.

Fornaci estimates that retrofitting existing units to add a Tower 27 will cost about $25,000. For new units, franchisees will have the option of adding the frozen yogurt co-brand without adding to the $35,000 franchise fee.

Though yogurt was tested quietly in a unit in Fairfield, Calif., the Walnut Creek location will be the first to identify Tower 27 as a separate brand in signage and design, said Fornaci.

“At night and on the weekends, families will get pizza and yogurt,” he said. “They’re very compatible.”

Read the full article below: