Rather than add new items to its menu, Straw Hat Pizza decided to add an entirely new brand--a self-service yogurt shop called Tower 27. The first-ever Tower 27, which was co-created with a local Straw Hat owner at his Walnut Creek, California location opened in September [2010].

"We needed to find a way to add revenue without competing with the pizza," said Straw Hat chief executive Jonathan Fornaci. "Yogurt and pizza are completely compatible."

Fornaci points out that the yogurt has a health halo, is inexpensive and consumed at times when pizza is not. In addition, given that an approximately 700-square-foot yogurt shop can be retro fit into an existing Straw Hat unit for as little as $65,000, there are no labor costs because it's self-service, food costs are low and the margins are above average, Fornaci sees the yogurt add-on as a huge opportunity. So huge that Straw Hat plans to open 10 co-branded yogurt shops by the end of the year.

See the original article below: 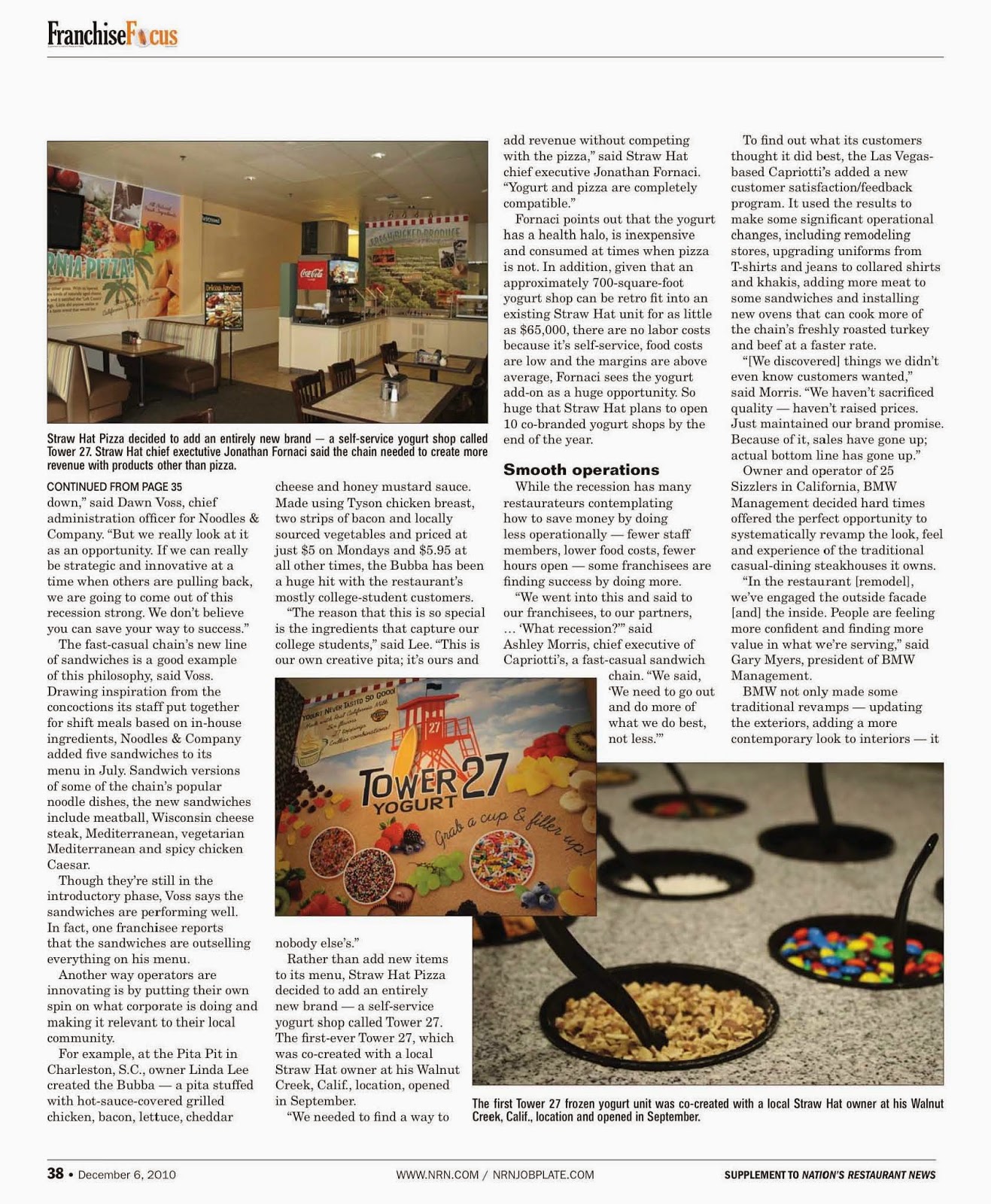